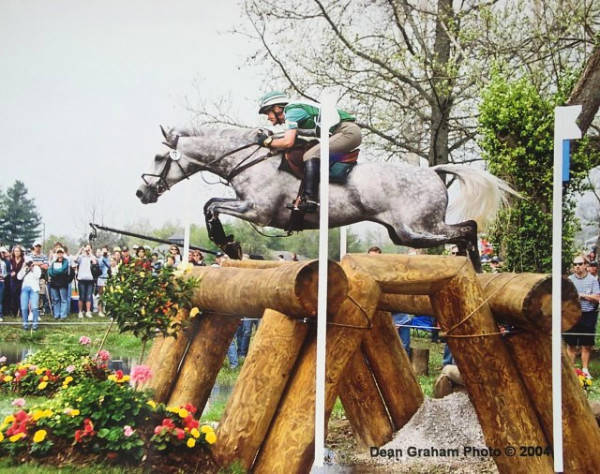 Kim Meier and Test Run had a top-10 finish at Kentucky Rolex Three Day Event in 2004.
Photo by Dean Graham

Wellington, Fla. – Apr. 9, 2018 – Kim Meier reached the pinnacle of eventing before tragedy struck. In 2007 she was paralyzed from the shoulders down in a freak accident. For Kim and horse people like her facing catastrophic injury and illness, life becomes a struggle.

Kim carved her career in classic eventer fashion, riding homebreds and doing all the work herself. She developed her work ethic at the summer camp her family owned, fell in love with the horses and was determined to be an eventer. Largely self-taught, she also worked with Denny Emerson, Ralph Hill and Donnan Sharp.

Test Run or “Merle” was her ticket to the big time. She had bred his sire and his sire’s dam. In 2002, Kim and the gray Thoroughbred finished Bromont. Then in 2003, they competed at Foxhall Three Day Event, their first three star, then Fair Hill. At the Rolex (now the Land Rover Kentucky Three Day Event) Four Star Event in 2004, they had a top-10 finish out of 72 starters. They competed at Burghley and finished. She was 45 and looking forward to great things.

In 2005, Merle was sidelined due to an injury. Then, Kim's barn endured a frightening and emotional experience with the EHV-1 virus. Merle got through it and they got back to work.

“I did three Intermediates that year in the summer and fall, planning my big comeback at Rolex in 2007,” Kim said in an article she wrote for Eventing Nation. “We did one Intermediate, and that next Tuesday I was doing a jumping school when IT happened. On the way to a vertical, he stepped on his bell boot and went down on his knees. I slid down his neck and caught the rail on the base of my head.”

As a result of her fall, Kim suffers from paralysis from the C5 vertebra down. Despite extensive rehabilitative therapies, Kim's doctors said she could never ride, stand or walk again and would forever be wheelchair bound.

"It's great how the Equestrian Aid Foundation jumped right in to help from the very beginning right after I got hurt," Kim said.

The Foundation provided financial assistance to help Kim with basic living expenses. Her daughter and friends help her with daily activities and make certain she has the care she needs.

Though it’s been a long, tough road, Kim remains resilient and has the courageous spirit to stay as active as possible. She works judging unrated horse shows when she can, gives some lessons and does the occasional clinic.

The Equestrian Aid Foundation is thankful to its donors, who have been by Kim's side throughout her journey. 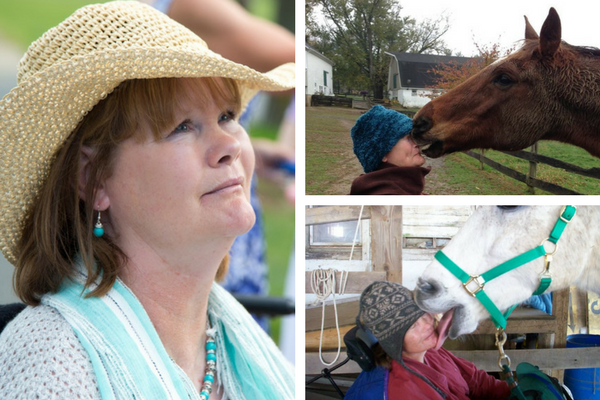