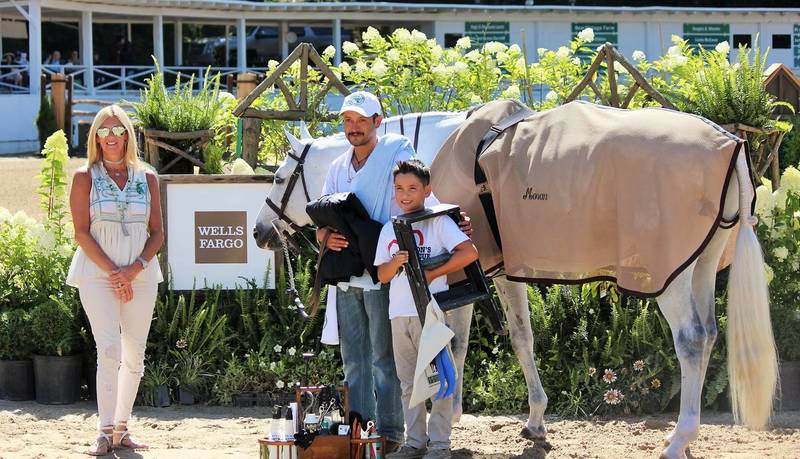 Blowing Rock, N.C. ­– Aug. 3, 2017 – Board member Missy Luczak-Smith and her husband Doug Smith sponsored the annual $1,000 Equestrian Aid Foundation Hunter Grooms Class at the Blowing Rock Charity Horse Show on Sunday, July 30. The class had a record turnout of grooms and their charges, but it was Daniel Gomez who won the top prize with Caroline Moran’s Bacardi, a gleaming, gray KWPN gelding by Casco.

(At left: Meredith Fennen presented the award for Missy Luczak-Smith and Doug Smith to Daniel Gomez with his son Sebastian and Bacardi, owned by Caroline Moran. Photo by Cathrin Cammett.)

“It was a huge success,” Luczak-Smith said about the Grooms Class. 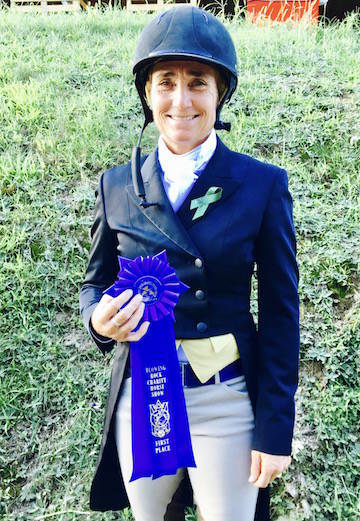