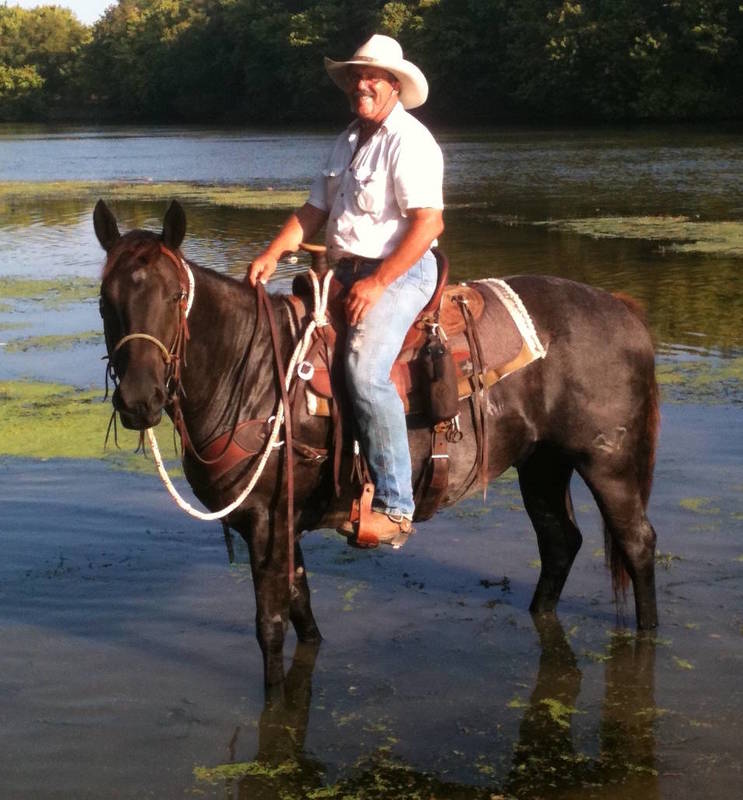 "The Equestrian Aid Foundation was a tremendous help to me during a tumultuous time."

A lifelong horseman and ranch hand with a quiet assuredness and gentle manner, Trevor made his living as a farrier until the day he was kicked so badly that both his kneecap and femur shattered. After an initial unsuccessful surgery, his doctor performed a total knee replacement that left him temporarily non-weight bearing and permanently unable to shoe horses.

Unable to earn a substantial income, the once self-reliant cowboy lost everything: his house, his marriage, and much of his tenacity. He was left with his truck and stock trailer, which, for a period of time, served as home to him, his horse and dog. It crushed Trevor to have to ask for help, but when he learned about the Equestrian Aid Foundation from a friend, he asked--and Equestrian Aid said yes.

After several years of hard work at odd jobs and with the support of Equestrian Aid and his friends, Trevor was able to purchase a small tract of land at the foot of the Datril Mountains in New Mexico. Slowly but steadily, he built a barn for his horse and a shop where he repairs and creates custom tack for horses and mules--gear designed to help them comfortably bear a heavy load. Finally, he built a small home, allowing him to move out of his trailer. Today, he lives there with his new wife Tova, whom he met, naturally, on horseback.

“I like living here. It’s big country and it’s beautiful,” Trevor says. “There’s not a lot of people, and the people here are survivors. They have to be.”

Trevor will never truly be sound again, but he, too, is a survivor. Despite the devastating physical, emotional and financial aftermath of his accident, he has rebuilt his life.

The Equestrian Aid Foundation is thankful to our donors, whose help allowed Trevor to soar to new heights.