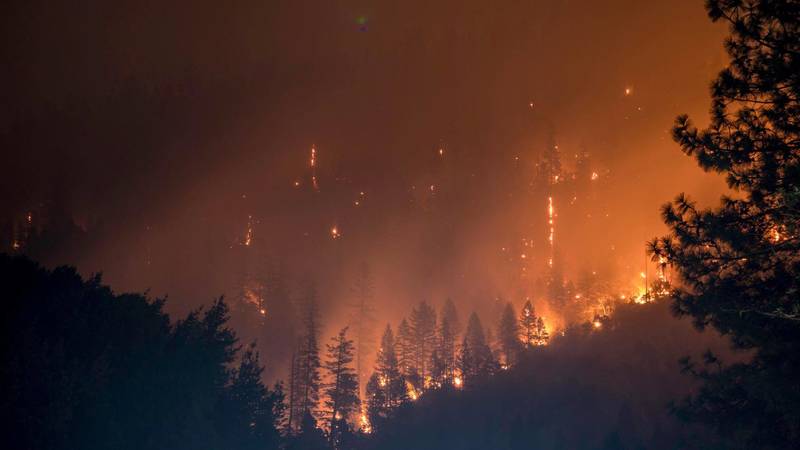 The California Department of Forestry & Fire Protection reports that the fire season in California and across the West is starting earlier and ending later each year. Photo by Matt Howard.

Wellington, Fla. – Nov. 25, 2019 – The Equestrian Aid Foundation provided a grant to the Fleet of Angels’ Emergency Horse Hay Bank program this week to support the organization’s ongoing work of providing horse owners with essential forage in the aftermath of natural disaster. The donation was prompted by recent wildfires in California.

“While we have been told the California equestrian community has fared slightly better than expected, the grave accounts we've heard from horsemen who evacuated compelled us to take action,” said EAF board member R. Scot Evans. “Given the increasing frequency and severity of these fires and natural disasters, our donation to the Hay Bank will ensure immediate funds for whatever the equestrian community faces next.”

According to the National Oceanic and Atmospheric Administration (NOAA), 2019 is the fifth consecutive year in which 10 or more billion-dollar weather and climate disaster events have impacted the United States(1). Elaine Nash, founder of Fleet of Angels and director of its Emergency Horse Hay Bank program, sees firsthand the toll these disasters have taken on equestrian communities. “For well over a year, we’ve had continual natural disaster work to do,” she said. "As horse owners and first responders are learning all too frequently these days, providing evacuation and and post-disaster services for large animals like horses is a great and costly challenge."

The Equestrian Aid Foundation established its Disaster Relief Fund in early 2019 to assist equestrian communities devastated by natural disaster. True to EAF’s motto of “horsemen helping horsemen,” the fund was met with enthusiastic community support, thus enabling outreach such as this week’s donation to the Fleet of Angels’ Emergency Horse Hay Bank. EAF thanks its donors and supporters who made this assistance possible.