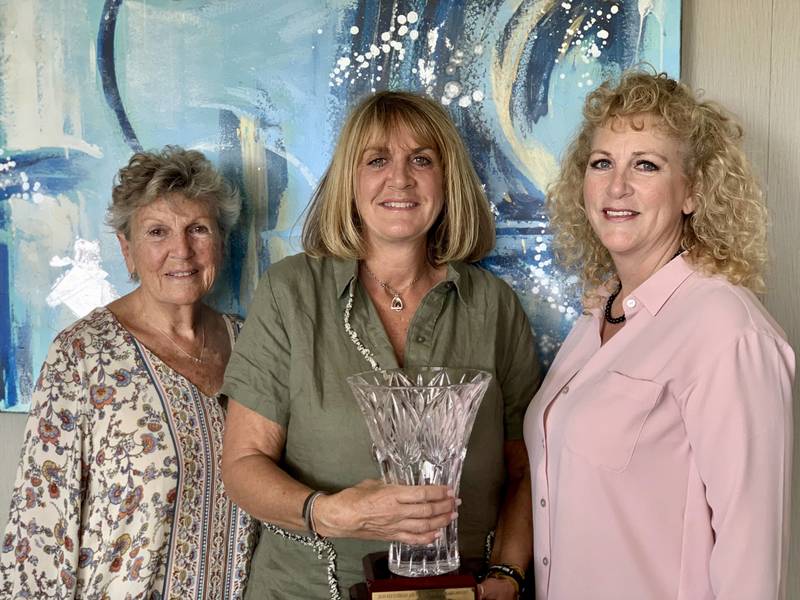 Wellington, Fla. — Feb. 12, 2020 — The Equestrian Aid Foundation presented Jacquie McCutchan with its Luminary Award this week, an honor given to those who have exhibited an outstanding philanthropic commitment to the equestrian community.

"Jacquie has been an integral part of EAF's work for over two decades," said EAF leadership team member Robert Ross. "Her compassion, pragmatic vision, and willingness to take action in support of the equestrian community have been invaluable factors in the advancement of our mission."

McCutchan served on EAF's Board of Directors from 2001 to 2017 and was also an active member of the Executive Committee. In 2008, she opened On Course Consignment in Wellington, where she pledged a percentage of the store's monthly sales to the Equestrian Aid Foundation—a commitment she honors to this day. McCutchan has led by example, as her charitable business model became the basis for EAF's Business Partner Program.

"While I no longer serve on EAF's board, its mission and the people who carry it out still hold special significance to me," she said. "The Equestrian Aid Foundation is vital to the equestrian community's wellbeing, and as long as there's work to be done, I'm dedicated to being a part of it."