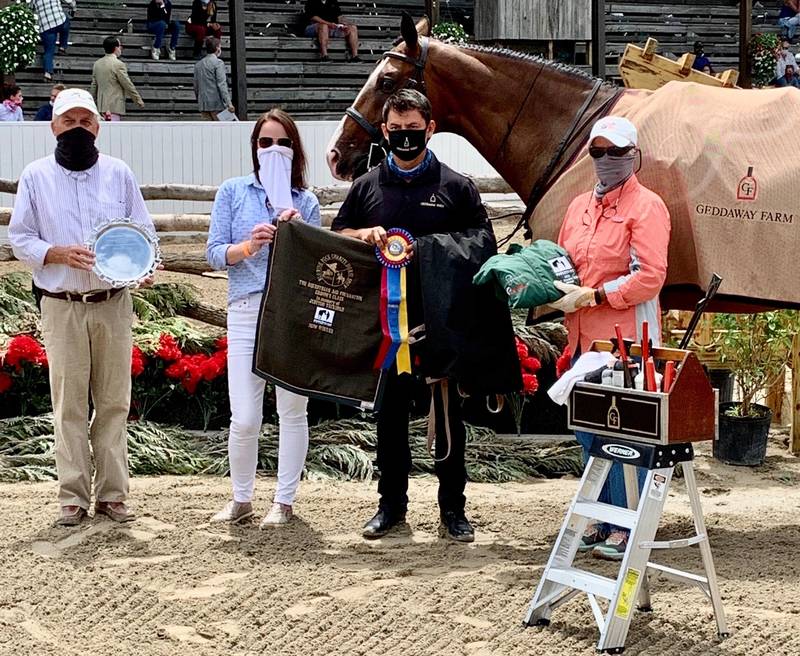 A time-honored tradition at BRCHS, this year’s class was dedicated to the memory of show groom Justino Trinidad, who died unexpectedly earlier this year. Trinidad was widely regarded as a consummate professional and was well known within the equestrian community for his affable personality and generous spirit. "He worked so hard and loved so big," said Leslie Wheat Roberts, whose amateur hunter Sigh spent years in Trinidad's care. 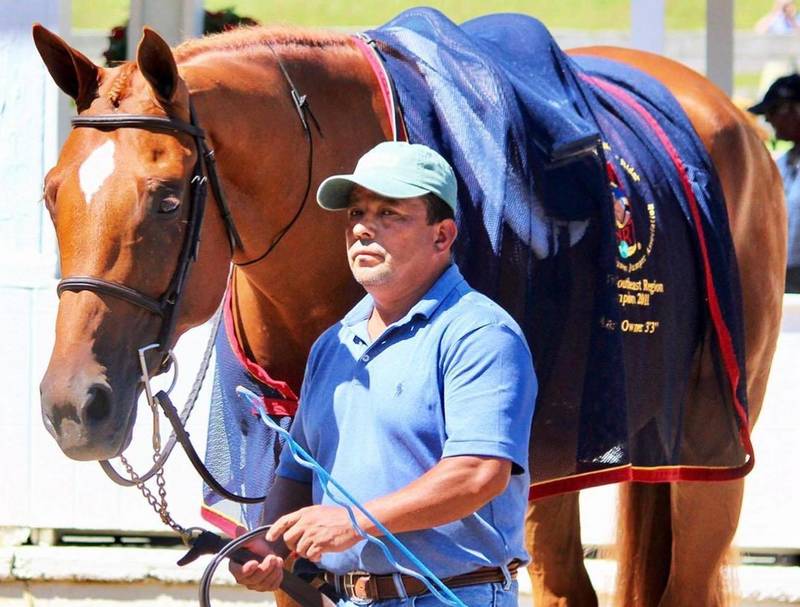 Since its inception in 2013, the EAF Grooms Class at Blowing Rock has been organized and sponsored by Equestrian Aid Foundation board member Missy Luczak-Smith and her husband Doug Smith. In honor of Trinidad, Roberts and Bruce and Amy Christison generously matched the Smiths’ cash prize, making this year’s purse the largest in the class’s history.

In addition to prize money, each class participant received products from Shapley's Superior Grooming Products and Equine Elixirs, along with gift certificates to The Green Frog and The Coffee Shop. Ramirez also received an EAF Grooms Class jacket and coolerette made by The Clothes Horse.

“This year’s class was especially meaningful,” said Luczak-Smith. “Amidst the difficulty of 2020, it’s so important to celebrate our grooms and to recognize their expertise and the multitude of ways they show up for us every day. They are the cornerstone of equestrian sports.”

Luczak-Smith also expressed thanks to Michael Check, Anna Currey, and Ellen Weaver for their support of the class. 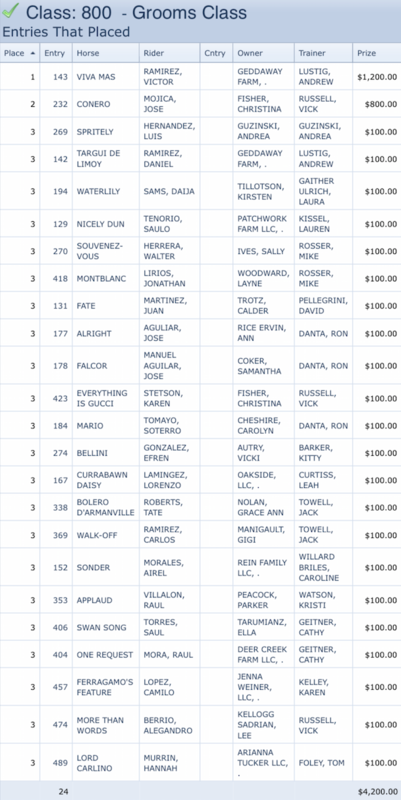